EVEN THE DEAD -Benjamin Black

Posted on February 6, 2016 by peterjearle

Dublin in a June heat wave is the setting for the 7th in the Dr Quirke, Pathologist, series, the background is as real a character as any other in this beautifully written novel. However, it does feel like the last in the series, with a certain sense of closure for the recovering alcoholic.

On sick leave, with blackouts, his stand-in at the lab, expecting to be his permanent replacement, asks for his advice. His suggestion is that a death behind the wheel of a crashed car is not a suicide. Quirke concurs, and thus is again caught up in listening to what the dead have to say. Inspector Hackett of the Dublin guards is relieved to have a willing investigative partner once more.

A pregnant woman, an acquaintance of his daughter, Phoebe, disappears after being left in a supposed safe house. The dead man is the woman’s fiancé and his father is a well known communist, a thorn in the side of the establishment.

One weak note which detracted from otherwise supremely readable crime fiction was when, given the address of the missing girl, the investigators ask there for her by a name that they assumed as being false, but failed to get a list of the actual residents, which some might find to be an obvious and stupid oversight. It would in fact have cleared up an important question much sooner.

The basic crime being perpetrated is that city’s most powerful men surface as being involved in an obscene scheme to sell Catholic babies to rich Americans. But it is more a story of Quirke facing the mysteries of his own self, his past and family, than the unravelling of a random mystery. More important are the surprising twists with which Quirke and Hackett have to deal as the tale draws to a close. 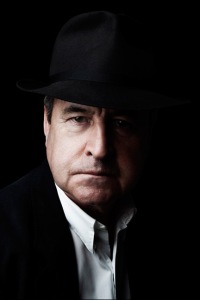 I received this book from Sara D’Arcy/ PENGUIN RANDOM HOUSE UK to give an honest review. I enjoyed it. If indeed John Banville, alias Benjamin Black, closes the Quirke series with this tale, his is a pen that I’ll still seek out.