The timelines in this enormously exciting thriller are NOW! Right now, as we approach the start of the Rio Olympic Games. It was odd to live through the story, but not seeing it happen on the daily news.

What I would like to know is what part Patterson’s co-authors play in the development to his dual authored books, how to share out one’s praise, or criticism? In the case of The Games, whoever the driving force was behind it, he did an excellent job.

It is a PRIVATE thriller, this one featuring the head of this security consultancy, Jack Morgan himself. The threat is a two-pronged but mutually unaware, attack on the city of Rio and the millions of visitors, athletes and dignitaries thronging to the 2016 Games. Madmen and women protesting, each in their own murderous way, at the contrast between the uber-rich, and the poorest of the poor that inhabit Brazil’s favelas, living within a stone’s throw of each other. The billions that went into entertainment when they might have been better spent in uplifting the lot of the destitute. This may be the motive, but some have nothing but their pockets in mind. And a grief stricken bacteriologist out for revenge doesn’t care if the poor die as well… 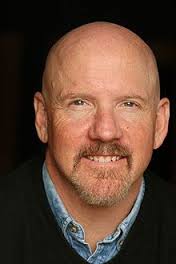 As the worst atrocity the world has ever seen is about to be unleashed on the partying crowds, only a handful of men and woman stand between the lives and the annihilation of millions. The countdown is in seconds.

I found this story more plausibly human that some from the Patterson factory. A good read, indeed.

Writer of thriller novels. 6 Published: 'Purgatory Road', 'The Barros Pawns', and the Detective Dice Modise Series:'Hunter's Venom - #1' 'Medicinal Purposes Only - #2', and 'Children Apart - #3; and 'Tribes of Hillbrow'; all from Southern Africa.
View all posts by peterjearle →
This entry was posted in Book Reviews, Crime, thriller and tagged James Patterson, Mark Sullivan, Private Security - Jack Morgan, The GAMES. Bookmark the permalink.