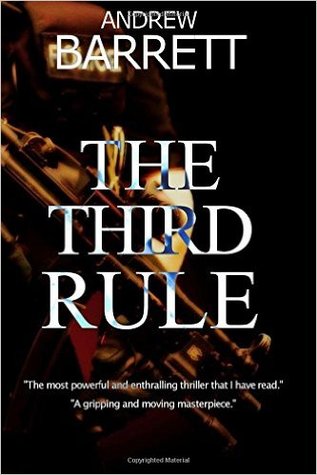 Having kicked off my positive acquaintance with Andrew Barrett with his CSI Roger Conniston  – The DEAD trilogy no.1 from Instafreebie, I was happy to accept the first in the Eddie Collins Series as well.

Once again, the Crime Scene Investigator and Police slants are knowledgeably and fascinatingly portrayed, and this time the detail was more smoothly dealt with as every detail was relevant.

Imagine a Britain where the death sentence is reintroduced. The Third Rule will apply. And proof is elastic.

The Minister’s son, Henry Deacon, skates dangerously close to the thin ice of his father’s disapproval. It is more because of the possible discredit to his own good name that he sends his agent to hold the irresponsible young man’s hand, rather than concern for his son. It is the bending of proof that alerts CSI Eddie Collins, a man teetering at the abyss of alcoholism even before his wife kicks him out and his son is killed in a hit and run. He and his alcoholic friend, reporter Mick, join forces in a somewhat naive, blundering way.

If not for Eddie’s steadfast CSI partner, Ros, Eddie would have lost the plot long ago. There are a lot of characters to keep track of which is difficult at first, and undeniably frustrating; even involving some paging back which should be an author’s no-no. The two drunks, the loyal Ros, the power-hungry politicos, the ruthless government agent, the thief-cum-artist and his druggy girlfriend, the art dealer, the spiteful co-CSI, the head CSI, the cops and the crooked cops are all just too much. 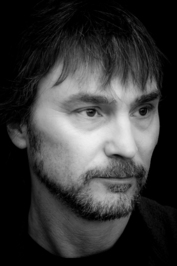 That said, each is well-sculpted into a living breathing character by a skilful writer. I won’t be giving up on him any time soon as I believe his plots will become less tangled and his POVs will diminish to a more manageable handful with time.

Of half a dozen chances taken on Instafreebie crime offers, so far I have found three worthy of reviews here, although there has been a novella I found very readable, too. The jury is still out about whether novellas will feature in the future.