The hallmark of a Peter J. Earle novel is the vivid and evocative sense of place he effortlessly weaves into the fabric of his story. For Earle, the place is southern Africa and one of his earlier novels, PURGATORY ROAD, is a shining example of a singular skill other authors would be wise to develop.

The story is a classic noir fugitive tale of John Stafford, a South African farm supply salesman who, in a raging impulse, murders two crooked traffic cops who catch him in a late-night speed trap and strong-arm him for a bribe. Nerves rubbed raw by the pain of a wayward wife and fear of a sudden end to his career, he shoots both rogue cops dead with a Smith and Wesson .38 revolver. 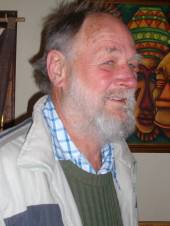 Horrified by what he’s done and knowing it will only be a matter of time before police track him down, Stafford, a veteran of the South African army who saw combat in Angola, makes plans to stage his own death and assume the identity of a distant cousin to flee to Rhodesia and join the fight against black nationalists.

Stafford is a product of his times — born in South Africa well before the end of apartheid and white-minority rule in that country, drawn to again take up arms to defend white-minority rule in Rhodesia as a death-wish penance for his horrible crime. Earle makes no apologies for Stafford being on the wrong side of history and portrays the time and place of his novel with unblinking frankness and the same absence of apologia.

Earle keeps the story focused on Stafford’s flight from the law — in this instance, a friend who has been assigned to solve what rapidly becomes a cold case as his final duty before leaving the force to spend more time with his dying father. Stafford’s scheme to stage his own death is complicated by an unexpected affair with an Australian scuba diver and the return of the wayward wife.

His expectation of joining the Rhodesian army is detoured when he is befriended by Colonel Barnes, the head of a cattle ranching family with extensive holdings and saves them during a guerilla ambush, getting wounded in the process. Barnes takes him on to run one of the fortified section compounds on his ranch, a job that melds the post of ranch foreman and security force leader into one, neatly tapping Stafford’s military and civilian experience.

However, the colonel and his sons don’t buy Stafford’s cover story or his assumed identity. They’re torn between valuing his loyalty and bravery and suspicions that he is a fugitive who has committed a serious crime. Back home, the old friend doggedly pursues the cold case, slowly closing in on a man he thinks is dead.

Stafford knows he is caught in a vice and that’s what makes this such a classic noir tale. Earle deftly ratchets up the fear and pressure while masterfully bringing to life one country well before its dramatic change and another that no longer exists. That’s what makes PURGATORY ROAD such a crackling read. 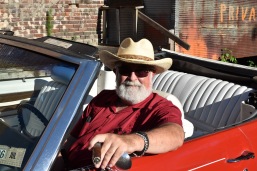