Posted on February 3, 2018 by peterjearle

TWO STONES, FOUND SIXTY YEARS APART, AND BOTH HOLDING CLUES TO WHAT MAY BE THE LOST CITY OF ATLANTIS

Enjoyed this, #2 in the Dan Kotler Series. I found it more credible than the first, which I did indeed enjoy, where Viking ships were discovered to have sailed down an underground river in the central USA. This one involves Thomas Edison and the sacking of an island which is a remnant of the fabled city of Atlantis.

Kevin Tumlinson is a writer to watch for.

With a weakness for powerful friendships, I was taken with that of his central characters. Their friendship and trust for one another has solidified. The historical adventurer, Dan Kotler, and the FBI Agent Roland Denzel set out to help Gail McCarthy unravel the secret of the engraved half-stone that she has inherited from her wealthy grandfather. Her grandfather’s old war-time buddy has a map and needs the other half of the stone, but there are more ruthless forces at play here and we are slung from one deadly crisis to the next with breathless velocity. 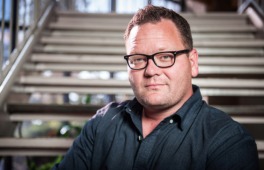 Thank you KEVIN TUMLINSON for this Instafreebie copy. Like the first in the series, we only select the best of any possibly intriguing titles for review. Take it as an invitation to continue sending us these adventures direct.